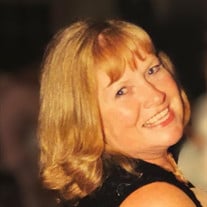 Catherlane “Cathy” Terelmes, 79, of Madison, Ohio, passed away Wednesday, January 5, 2022 at Hospice House in Cleveland, Ohio. She was born October 3, 1942 in St. Charles, VIrginia, the daughter of the late Jack and Elizabeth Sowders. She attended high school, and later in her adulthood completed a professional nanny program. On October 22, 1966 Cathy married Louis Terelmes at the Hungary Baptist Church in Cleveland, Ohio and together they shared 55 years of love and memories. Cathy was a hard working person and held several positions over the years, including an elevator attendant at the Terminal Tower in Cleveland, a professional nanny, a ladies locker room attendant at the Kirtland Country Club, and then took care of her own grandchildren. In her spare time, she enjoyed gardening, cooking, telling wonderful stories, serving as a greeter at Cornerstone Church in Madison, and taking great care of her grandchildren and following them all over watching them play soccer just as she did for her own children years ago. In her younger years, she loved taking family trips and exploring the mountains of West Virginia and Tennessee. Although she had many hobbies and interests, her greatest joy in life came from spending time with family and friends, especially her beloved grandchildren. She is survived by her husband of 55 years, Louis Terelmes of Madison, Ohio; children, Michael (Therese) Terelmes of Painesville, Ohio, and Melissa Terelmes of Clearwater, Florida; grandchildren, Brandon and Grace Terelmes of Painesville, Ohio; sisters, Bobbie Garrett, Glenda Kline, and Diane Eakens; brothers, J.B. Sowders, and Jerry Wayne Sowders. She is also survived by many loving nieces, nephews, and cousins. Preceding Cathy in death were her parents, Jack and Elizabeth Sowders; sisters, Ann Jeter, Wilma Hager, and Dolly Horton; brother, Charles England. A Celebration of Life will be held on January 29, 2022 at the North Star Church, 3050 Antioch Road, Perry, Ohio 44081 where the family will receive friends from 11:00am until the time of service at 12 noon. Lake Erie Cremation and Funeral Services, 1500 Harpersfield Road, Geneva, Ohio assisted the family with arrangements. www.LakeErieCrematory.com

The family of Catherlane Terelmes created this Life Tributes page to make it easy to share your memories.