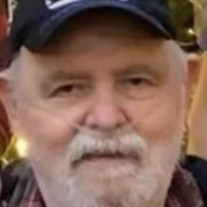 Dale Cermelj, age 71, of Geneva, Ohio passed away Friday January 28, 2022, at the Sanctuary of Geneva. Dale was born on January 23, 1951, in Euclid, Ohio to the late Rudy and Ida Cermelj. Growing up he enjoyed his youth by running around Northern Ohio chasing his brother, sister and close family and going on lots of adventures. After High School, Dale served for four years in the United States Air Force. After his time in the service, Dale married Hope Dietz and they moved to Arizona for a fresh start, to get out of the cold, and try to make it on their own accomplishments. Dale and Hope gave birth to their only son, Nathan, in 1983. Shortly after they opened two Jewish delis in the beautiful red rock region of Sedona, Arizona. They sold the businesses in the 1990's and Dale continued on his culinary quest by working in restaurants for another 25 years. His skills as a chef, line cook and restaurant owner were second to none. Dale loved bowling, golfing, painting, collecting rocks and buying cars. He was a proud conservative and held to his beliefs, regardless of who was in the room. Huge heart, never wanted to ask for help, modest, sentimental and one-of-a-kind. Above all else, he was there as a brother, uncle, spouse, son and father. He is at peace and is enjoying his place in eternity. Dale is survived by his son Nathan (Jasmine) Cermelj; Grandson, Remington Cermelj; He is preceded in death by his Parents and Siblings, Rudy Cermelj and Joanne Newman. The family would like to send a special thank you to The Sanctuary of Geneva, Dale’s close family in Northeast Ohio, and the medical care team at the VA. No services will be held at this time.

Dale Cermelj, age 71, of Geneva, Ohio passed away Friday January 28, 2022, at the Sanctuary of Geneva. Dale was born on January 23, 1951, in Euclid, Ohio to the late Rudy and Ida Cermelj. Growing up he enjoyed his youth by running around Northern... View Obituary & Service Information

The family of Dale Cermelj created this Life Tributes page to make it easy to share your memories.