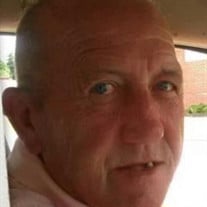 John Thomas Bost, 75, of Ashtabula, passed away Thursday, January 27, 2022 at Ashtabula County Medical Center. He was born June 18, 1946 in Blairsville, Pennsylvania to the late George and Margaret (Erb) Bost. John served in the National Guard in the 1960’s out of the Blairsville Armory before being honorably discharged. In 1967, he married his first wife, Helen Hill, in Pennsylvania, and then on June 5, 1977, he married Vivian Joan Hjerpe and together they shared 38 years of love and memories before her death in 2014. John worked on the railroad as a track supervisor with Conrail before his retirement. In his spare time, he enjoyed hunting, fishing, bike riding, and spending time with his grandchildren. He is survived by his children, Katherine (Leigh), Karen (Mark), Kimberly (George), Kristeen (Richard), Joann (Mike), and Judith (Vydel); step-children, Ron, Ann, and Kathy; 16 grandchildren; 2 great-grandchildren; brother, George, Jr. (Diane); brother-in-law, Tom; companion, Jessica. Preceding him in death were his wife Vivian Bost in 2014; parents, George W. Bost in 1997 and Margaret (Erb) Bost in 1969; step-mother, Ethel Bost in 2005; sister, Nellie in 2018. There will be a private family gathering only at this time. “We love you and you are precious.” Lake Erie Cremation and Funeral Services, 1500 Harpersfield Road, Geneva, Ohio assisted the family with arrangements. www.LakeErieCrematory.com

The family of John Thomas Bost created this Life Tributes page to make it easy to share your memories.