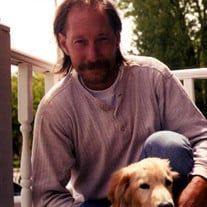 Kevin Lagoni, age 63, of Ashtabula, passed away Wednesday, December 8, 2021 with his beloved twin sister Kim at his side. Kevin was born on January 30, 1958 in Ashtabula, OH. The son of Donald and Charlotte (Smith) Lagoni. He graduated from Harbor High School in 1976 and attended Joint Vocational School his Junior and Senior year. Kevin was a longtime resident of Indian Trail, NC for 30 years. His friends and coworkers there were his second family. He worked as a Utility foreman for nearly 30 years and retired in 2019 from RBC Utilities. Kevin was very well respected and took great pride in his work. He brought on many friends including his best friend Jeff who he trained and went on to be a foreman himself. He was a collector of black panthers, loved his Chevy Camaros and was an avid Pittsburgh Steelers fan. He was a dog lover and had many great companions over the years, including his Golden Retriever Sarge. He was happy to be back home in Ashtabula with his daughter, grandchildren, and family. Kevin was very loved and will be greatly missed by his friends and family. He is survived by his daughter Nicole (Jerad) Howes of Windsor and his grandchildren; Abigail Christine and Grady Lee Howes. Step Daughters: Fawn (Jeremy) Mast of Orwell, and Jessica(Mike) Kauffman of Windsor, his father; Donald Lagoni of Ashtabula, his siblings; Don (Sue) Lagoni of Eastlake, Kim Lagoni of Ashtabula, Teresa Pritt of Ashtabula, and 7 nieces and nephews and 9 great nieces and nephews. Kevin is preceded in death by his beloved mother Charlotte Lagoni on June 28, 2013, and the mother of his children Lina Patterson on April 20, 2008. A celebration of life will be held on Saturday, December 11th, 2021, at Lake Erie Cremation & Funeral Services from 1-3pm, 1500 Harpersfield Rd., Geneva, OH., 44041. 440-361-2273. www.lakeeriecrematory.com

Kevin Lagoni, age 63, of Ashtabula, passed away Wednesday, December 8, 2021 with his beloved twin sister Kim at his side. Kevin was born on January 30, 1958 in Ashtabula, OH. The son of Donald and Charlotte (Smith) Lagoni. He graduated from... View Obituary & Service Information

The family of Kevin A. Lagoni created this Life Tributes page to make it easy to share your memories.