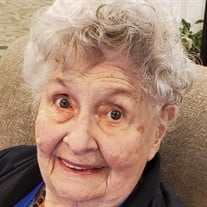 Marilyn Ann Fleischmann, 86, passed away August 25, 2021 in Conneaut, OH. She was born on January 1, 1935 in Little Black, WI to William and Mabel Schubert and grew up in Medford, WI with her siblings Floreine (George) Baumgartner of Pickney, MI, Robert “Bob” (Toni) Schubert of Thornton, CO, William “Bill” (Rosie) Schubert of Aurora, CO, and Beverly “Bev” (Willy) Adams of Denver, CO. She married Edward Fleischmann (who preceded her in death in 1999) in 1955 and had five sons: Douglas, who also preceded her in death in 2003, Bruce (Deanna) of Conneaut, OH, Brian (Cathy) of Aurora, CO, Kevin (Jamie) of Colorado Springs, CO and Craig (Victoria) also of Colorado Springs, CO and many Grandchildren and Great-Grandchildren. Marilyn graduated from Medford (WI) High School and lived in Milwaukee and Chicago. After marrying Ed they lived in Milwaukee, WI, Sidney, OH and Colorado Springs, CO where she lived for over 40 years. She worked in numerous jobs including typesetter and proofreader before retiring from Shephard’s Citation/McGraw-Hill in Colorado Springs where she worked for 19 years. She was an avid card and game player enjoying Bunco, Sheepshead, Rummy, Cribbage and more. She enjoyed antiquing and garage sales with Ed and a trip to Cripple Creek to do some gambling. She was an active member of the Red Hat Society while in Colorado Springs. She was a longtime volunteer at The Garden of Gods, receiving a 20-year volunteer pin that she was so proud to receive. She especially enjoyed her family, visiting often and speaking with those near and far on the phone. She was friendly and never knew a single person with whom she couldn’t start up a conversation. She had that Midwestern friendliness that puts you at ease. But above all she was a Mom, Grandma, Aunt and Sister that took great pride in her family. She was living at Villa at the Lake in Conneaut, OH most recently under the loving care provided by The Villa. The family wishes to sincerely thank the Villa’s exceptional staff for her care over these past few years. A funeral mass will be held on November 5th, 2021 at 11am at Holy Apostles Catholic Church, 4925 Carefree Circle, Colorado Springs, CO with interment of ashes to follow at Memorial Gardens, 3825 Airport Road, Colorado Springs, CO. In lieu of flowers, please consider making a donation in her name to Catholic Charities of Central Colorado: https://www.ccharitiescc.org/donate/.

Marilyn Ann Fleischmann, 86, passed away August 25, 2021 in Conneaut, OH. She was born on January 1, 1935 in Little Black, WI to William and Mabel Schubert and grew up in Medford, WI with her siblings Floreine (George) Baumgartner of Pickney,... View Obituary & Service Information

The family of Marilyn Ann Fleischmann created this Life Tributes page to make it easy to share your memories.